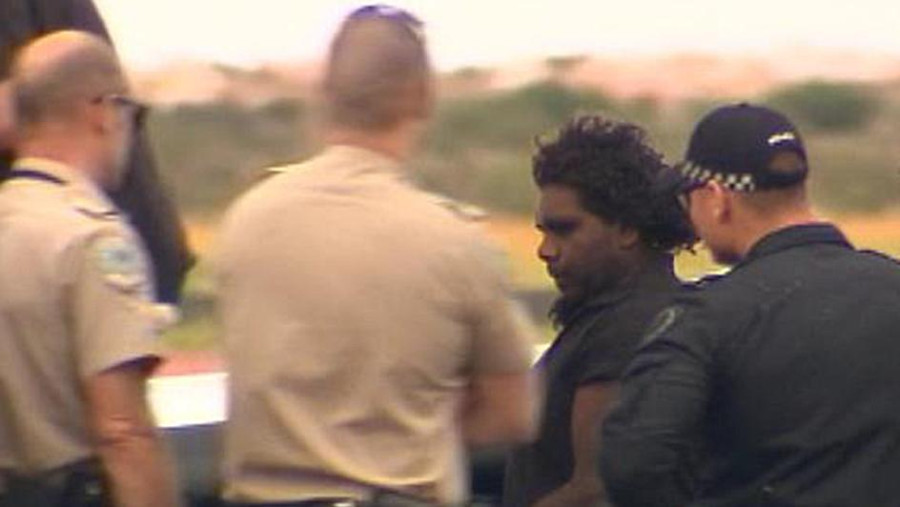 Ms Woodford's body was found in a shallow grave three days after she went missing in Fregon, where she worked in a community health clinic.

Mimili man Davey also pleaded guilty to raping the nurse and stealing an ambulance she used in her work in the state's remote Anangu Pitjantjatjara Yankunytjatjara (APY) Lands.

But Aboriginal tribal law could scarcely be more different. Indigenous law dictates that a perpetrator, as determined by tribal elders rather than a trial, must take responsibility for their actions and accept the punishment set down by the elders.

The most common forms of tribal retribution have been a spear to the leg, banishment or shaming and — in the most extreme cases — execution.

“Tribal law has been recognised, particularly in terms of mitigation on sentence, that if a person has gone back and faced some form of tribal retribution or condemnation and they have accepted responsibility in that way,” he said.

While tribal punishment sanctioned by elders could often smooth over conflicts between families or groups, so-called “payback” could also escalate tensions.

“The issue that I’m sure the police will be keen to avoid is where there is some retribution handed out to the offender’s family, that sort of payback is not acceptable — it’s certainly happened in the past and it’s caused more trouble than it solved,” he said. “But something along the lines of a community supported and sanctioned, and properly authorised, there may be some symbolic payback.”

Mr Kenny said feuds could last for many years if a form of payback had not been administered.

“I suspect that a true traditional payback (would) never occur, but even some symbolic payback would, I think, be significant for the community,” he said.

DEATH: The most extreme punishment could be inflicted directly or through sorcery. Is rarely, if ever, used today because of consequences of western law.

PHYSICAL: Payback punishments, usually involving the offender being speared in the leg or beaten by the group, which is said to fix grievances between groups or families.

SORCERY: Many Aboriginal people still adhere to supernatural beliefs and sorcery has been used in situations where an offender is in prison and cannot undergo traditional physical punishment.

BANISHMENT: The practice of exile or banishment from the community is seen as one of the more extreme forms of payback, and is not used by all indigenous groups.

SHAMING: Public ridicule or shaming is still widely used to punish offences such as neglect and is a powerful tool because of Aboriginal people’s general fear of shame or embarrassment.